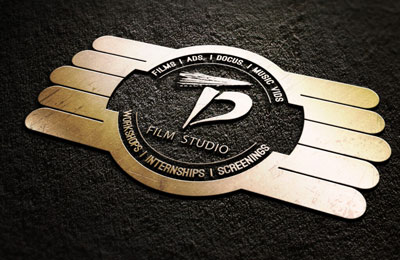 Our Films reflect the growth of a City, its rich and glorious history and heritage to the modernization of today's world in one cinematic tone. We intend to keep up with the pace of change and progress while cherishing the past. We want to change the way people feel about entertainment in Assam and India!

Tarunabh Dutta is a filmmaker with an architecture degree. He has completed over 45 projects in the last 15 years. Tarunabh loves to explore new ideas and concepts but stays grounded with his roots.

He completed his education in 2008 from the Sir J.J. College of Architecture, after which he started working professionally as a storyboard artist for Disney’s Bollywood film “Zokkomon”. His independent film Savages (2010), was selected for international distribution by Monster Pictures, UK.

He founded TD Film Studio in 2011, where he now works as the Founder Director and Producer of Films and TV Shows that have been broadcasted on regional and national television channels.

He has conducted over 35 filmmaking workshops and screening sessions in last 6 years, in various schools, colleges and universities.
He also conducts regular ‘Onscreen Acting’ Workshop and provides guaranteed casting roles in his films, to all participants who complete training besides providing platform to new talents.
He has provided acting roles and platform to over 150 actors till date and Five batches of Acting students have already completed their Acting Training with him (2016-2020).

His film ‘What if’ was selected and was amongst the top 35 finalists for the “24X7 Making Movies” Competition organized by Dev Benegal in Oct, 2006

With no formal  education in filmmaking, he started professionally as a storyboarding artist in Disney’s  Bollywood film – ‘Zokkomon’ (2009).
His independent film Savages (2010), was selected for international distribution by Monster Pictures, UK.
He assisted eminent Film Director Jahnu Barua, in the Ad Campaign for Directorate of Tourism, Assam (2010-11).
He completed a T.V. Series in 2012 for DY-365 Channel called ‘Onusandhankari Spiridon’ – Paranormal Investigators.
He designed the political ads campaign for Indian National Congress Party, for 2014 Assam State Elections, and also designed logos and motion graphics and VFX for Directorate of Assam Tourism – Adventure Tourism Commercial Ads Campaign (2014).
His short film ‘I am not Crazy’ won third prize in the Brahmaputra Valley Film Festival, 2013.
His Short Film ‘Lost & Found’ was among the top 25 finalist in Viacom Motion Pictures’ ‘Cineshorts’ Film Competition 2016.
His International Music Video Project ‘Assam Skies’(2019) has been nominated in six international film festivals, and has won the “Outstanding Achievement Award” under Music Video category at Druk International Film Festival (2020) and is also a semi-finalist in London International Motion Picture Awards 2020.
He has completed over 25 film projects, 10 Music Videos, and numerous Ads in the last 15 years. His films have garnered over 3 million views online on Youtube and other social media channels. With only his wife and better half – Himakhi Dutta to assist him behind camera, his specialty is that he has executed and taken complete responsibility of all his Film projects’ production work, starting from Script, Storyboarding, Direction, Cinematography, Lighting, Production Management, Assisting, Chroma Shoot, Editing, Color Grading, Sound Mixing, Dubbing, VFX, 3D, Animation, Compositing, Motion Graphics, GFX Posters Titling, till Final Finished Product on his own – without any team or external assistance from other Studios or professionals.
He has been selected as an official creator/author member of some of the leading Stock Library Providers of the world – Shutterstock, Getty Image, Envato, Ponds5, & Adobe Stock. His Stock Video Footages and photos are available in all these stores for commercial licensing and usage.
He is currently completing his commercial debut project : ‘Avataran’ – which is a Sci-fi Fantasy Feature Film, with it’s production work spanning over 9 years. Boasting State-of-the-art VFX, 3D, CGI and Animation shots, ‘Avataran’ will be a first of it’s kind in the North-east Region of India.
He is also currently completing a 100 minute animation web-series – ‘My True Love’ for the newly launched OTT platform ‘NIRI 9’ – and it is a Romantic Comedy, and a first of it’s kind in Assam.