How long does it take to film a movie? The Ultimate Guide to Filming for Beginners 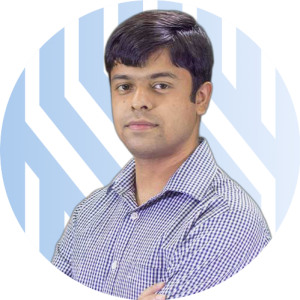 One of the most common questions that always pop up when someone is interested in filmmaking is “How long does it take to film a movie?” The answer is not as simple as you might think. Filming a movie is not an easy task. It’s a long, tedious process that takes months to complete. Every moviemaker has a different process and technique when it comes to filming. The deciding factor is what their budget is, as more money means better technology, equipment, and actors. But even with the same budget and all things being equal, some filmmakers will take longer than others to finish filming because they have a slower pace of work in shorter segments.

And with all the different jobs needed for filming- from actors to lighting technicians- it can be hard to know what’s involved in making those Hollywood or Bollywood blockbusters we all love so much.

This post will break down the different components of filmmaking, and how long each stage takes. From pre-production to post-production, this ultimate guide covers everything you need to know about filming a movie!

We’ll start with pre-production and all that entails: from researching your story and script through budgeting for your project, location scouting, casting actors and crew members – there’s so much involved in this first stage of filmmaking. You’re going to want this information before starting production on a film!

Next up we have Production: where the magic happens. Depending on what type of production (feature film vs documentary) things can vary a little from this section, but all of these stages are vital and contribute to a complete film.

Finally, we end on Post-Production. How long does it take to post? How many months or years does editing last? How much time do they need for the special effects and sound design? How much time is needed for color correction and grading? This is it!

You may have heard that famous director David Fincher filmed a movie in just over three months. You may also know that it took Stanley Kubrick years to make 2001: A Space Odyssey. But how long does it really take to film a movie? In this post, we’ll explore the ins and outs of filming a feature-length film. This includes things like budgets, filming locations, actors, and much more!

If you’re an aspiring filmmaker trying to figure out how long a project will take, this post is for you. We’ll cover everything from pre-production to distribution, and we’ll give you all the timeframes that are typically involved in filming a movie. This blog post will take you through the steps of filming, and answer some questions about how long it really does take to film a movie!

We will be exploring everything from pre-production to post-production so you can get an idea of what goes into making your favorite movies!

1. How many days on average are needed to shoot a film?

How long does it take to make a movie? The answer isn’t simple. The average movie takes about 3-6 months to film. This includes pre-production, production, and post-production. In total, a film shoot takes about 25 to 46 days on average. A movie has an average of 33 scenes, which means it takes about 7 to 8 hours to shoot each scene. On average, movies are shot with 2 different cameras at the same time, side-by-side by two different camera operators. This ensures that every shot looks great from both sides and makes it easier for the editor in post-production.

2. How long does it take to film a movie – Different stages of filmmaking

Three main stages make up the process of filmmaking. They are pre-production, production, and post-production.

Filmmaking is a complex process that can be intimidating to the uninitiated. Filmmaking can be a lot more than just pointing your camera at something interesting; it takes careful planning to make sure you’re capturing what you want in the best possible way for later editing. It’s not easy work but it can be incredibly rewarding when everything goes right on set or in front of the camera. Filmmaking is a collaborative process that starts with the script and ends when the film is screened in theaters. It involves many stages and each one relies on the others to work together seamlessly.

There are challenges along the way, but if you’re patient and diligent with your work, then you will see success sooner rather than later. The first stage is pre-production, which includes storyboarding, casting, location scouting, budgeting, and scheduling. The next stage in filmmaking is production where everything happens at once: filming begins; sets are constructed; special effects are added; actors perform their roles and scenes are edited. Finally, there’s post-production where editors assemble all the footage into a cohesive film with soundtracks and dialogue dubbed over top of it all!

These three stages work together like an intricate dance that must be executed flawlessly for a movie to come out well done.
There are also two important stages after the completion of a film, that is distribution/release and marketing when films are either screened in theaters or distributed for home viewing. All these stages come together to create an amazing finished product! 3. How long does it take to film a movie’s Pre-Production Stage?

The preproduction phase usually involves production creative development, conceptualizing and outlining the plot, writing the script, casting actors for each individual role in the production, location scouting to find appropriate shooting locations while choosing props for use throughout filming.

The first step in making a movie is writing the script, which might happen months before filming begins. Pre-production typically starts with the script being written by a screenwriter, followed by storyboarding and casting. This is when writers develop an idea for their screenplay and pitch it to studios and producers in order to get funding for their project. Everything from location scouting, casting, hiring key personnel (such as director of photography, production designer), etc., will happen during this stage.

Pre-production can last anywhere from 1 month to 6 months, depending on the scope of the project and how much preparation is needed for the shoot. For feature films, pre-production might last around a month or more as producers create budgets and scout locations. In comparison, short films may only need a week to plan out their shoots due to their smaller scale and fewer logistical challenges.

5. How long does it take to film a movie’s production stage?

Before filming begins the crew gathers together for rehearsals or pre-production meetings which include set design ideas, props needed for scenes, etc. Production usually takes around 30 days for most big-budget movies because they require special equipment like cranes or other heavy machinery that takes time to set up properly.

The production phase involves photographic tasks such as lighting setups and design for scenes that might involve elaborate fixtures. On the set presence also includes direction given by directors to actors or usage of voice recordings from film scripts next are camera moves executed by cinematographers (who then operate motion picture cameras) working either alone or with their team of assistants to record the images pictured in a sequence dictated by the director. Other crew members directing this process include various managers deciding things like on-set safety practices and streamlining equipment usage.

Short films typically have shorter schedules so that each filmmaker has enough time to individually complete all aspects of production within a given timeframe. The production company sets up all of the necessary equipment to film scenes. It takes a lot of time and effort to film a movie. Production is when filming begins and can take up to 12 weeks depending on how many scenes are in the script. Filming starts with the director’s vision which includes casting decisions, location choices, script outline, budgeting needs, etc.

There are many different types of locations that movies can be filmed at, including on-location and sound stage. Script changes are made as filming progresses. Shooting typically lasts from 8 hours per day up to 16 hours per day depending on the shooting schedule (i.e.: night shoots). Shooting a movie in one location is not uncommon, but it does limit the number of scenes that can be shot at once.

A film can take anywhere from few days to several years to complete, depending on the budget and other factors. Movies are often filmed in chronological order, but there are exceptions. Scenes may be shot out of order for dramatic effect or if an actor needs time off for another project.

6. How long does it take to film a movie’s post-production stage?

Post-production is the final step in filmmaking where editors cut together the footage of all scenes to create the movie and add all special effects. Since modern movies have huge amounts of visual effects, they must often go through several stages of editing and re-shooting their footage until it’s perfect for theaters and home viewing. This phase usually starts after filming wraps up, with a target release date already set by a studio. Post-production can be costly because it requires many hours, even days, to process and edit each scene according to its needs. A typical movie can take anywhere from 3 months to 1 year before being finalized for theaters or release on Blu-ray/DVDs.

The process of filmmaking is a long one, and it generally takes about 1 year from start to finish. Filmmakers have pre-production, production, and post-production before releasing their work into theaters or OTT platforms online or onto Blu-ray. How much footage does the average movie have? Some scenes may require several hours while some can take few minutes only. We hope you’ve enjoyed this blog post on how long filming lasts! Read more by going to TD Film Studio’s website for other blog posts related to filmmaking. Videographer vs cinematographer: How to choose and hire the right person